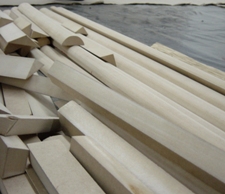 An accident that left an agency worker without three of his fingers has resulted in a woodwork company being fined and ordered to pay costs.

Egidijus Norkus, 44, was told to prepare tongue and groove boards to make the bases for bird tables. A supervisor had instructed Norkus to use a table saw to cut the wood. In doing so, he cut off the top of three of his fingers on his left hand: the ring, middle and little finger. The incident occurred on 22nd September 2014, at Seven Valley Woodworks Ltd, a firm based in Gloucestershire.

Stroud Magistrates Court heard that Norkus had not been trained on how to use the equipment safely. The court also heard that the table saw had not been set up correctly, the company had failed to supervise Norkus in his use of the machinery and neglected to provide training on how to make the products in a safe manner.

“This was an unfortunate incident that could have been avoided if the company had effectively supervised workers using dangerous machinery.”

Newton added that there is a high accident rate in the woodworking industry, mostly caused by using moving machinery. He said that workers needed to be suitably trained and qualified to use the equipment. The use of PPE and specialist workwear is also recommended in some industries.