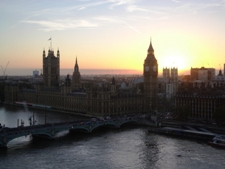 Judith Hackett states that it is among “the best” laws passed in Britain, explaining:

“It has protected millions of British workers, and driven sharp reductions in incidents of occupational death, serious injury and ill health.”

From outlining the needs of a worker's personal protective equipment (PPE) to ensuring machinery and facilities are well maintained, the Act covers a breadth of health and safety knowledge.

She goes on to explain how, in 1974 when the legislation was brought in, there were more than 650 fatalities. In 2012/13, the number of fatalities across the country was 148. Non-fatal injuries in the workplace have also fallen by 75% in the same period.

Hackett goes on to explain that thanks to reporting changes, the data from 1974 is not entirely accurate either and, subsequently, it’s likely that the figures are even more stark.

Replacing complex regulations across different sectors, the Act delivered a more coherent process applicable to all. Ensuring that people were aware of risks in a proportionate and targeted way, she said this approach has not changed since the 1970s.

That is despite the country being different economically to the way it was in 1974, with the post continuing to say that ongoing reform is making the implementation and understanding of regulations easier for firms.

That it continues to do that with its original framework, the HSE Chair says, is testament to the basic principles it was built on.