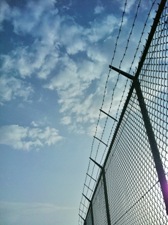 A Leeds trader has been found guilty of breaches to the Health and Safety at Work etc. Act, and the Gas Safety (Installation & Use) Regulations.

The trader from Leeds, Christopher Shaw, was recently given three concurrent six month jail sentences for the breaches, which put a family’s lives at risk, by installing a gas boiler, even though he was not qualified to do so.

Shaw traded as ‘SOS Express Plumbing’ and was carrying out gas work illegally. Bradford Magistrates' Court heard that Shaw had never been registered with Corgi or Gas Safe, although continued to trade as a gas fitter. In December last year, Shaw failed to turn up at court, despite being charged with a number of gas safety offences. A warrant for his arrest was issued.

The prosecution was conducted by the Health and Safety Executive (HSE), following an investigation at a property where work had been carried out by Shaw between February and August 2013. The work was deemed to be unsafe, which put the family at risk of fire, explosion and carbon monoxide poisoning, in addition to endangering the lives of neighbours. The family had been advised by Shaw to purchase a new boiler, although theirs was only three years old. The manufacturer discovered a number of faults following an investigation, and Gas Safe was informed.

HSE is responsible for regulating health and safety in the workplace, including traders being qualified to carry out work, and the use of correct PPE (personal protective equipment) and special workwear.