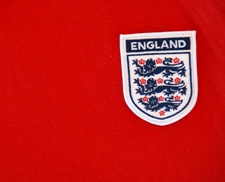 Despite being sacked as Nottingham Forest manager recently, Stuart Pearce is still taking time to back an asbestos safety and awareness campaign.

The former star of the England football team, who had the nickname 'Psycho' for his no-nonsense approach to the game, has backed the HSE campaign after explaining that he may have been exposed to asbestos.

The former left back was once an electrician and says he could have breathed in the cancer-causing fibre.

With the wearing of personal protective equipment (PPE) not as prevalent in the four years that Pearce worked in the trade part time, he went on to say he fears developing a related health condition. He explained:

“I was working as an electrician for four and a half years and it’s chilling to think I could have been exposed to it without knowing, we were simply ignorant about the risks back then.

Going on to say there is “no excuse” for not knowing the dangers today, Pearce continued:

“Making sure you’re aware of where it can be found and how to deal with it safely, even on basic jobs like drilling holes or sanding, really could mean the difference between life and death.”

Despite PPE being much more widely used, the Health and Safety Executive still estimates that in the region of 1.3 million workers could be exposed to asbestos fibres in the UK today.

The campaign is also urging tradespeople to download and use the HSE’s free asbestos app, which helps identify asbestos risks and provides health and safety help and guidance.