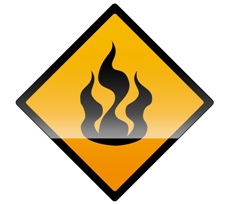 Companies at the business park in Staffordshire that recently suffered a fatal fireworks blaze have started to return to their premises, after authorities gave them the go ahead. It is understood that a number of businesses have been damaged in the incident.

The Baswich industrial estate, located in Stafford, had been sealed off to allow the police to carry out their investigations. It also allowed emergency services to ensure the scene was entirely safe and deal with any unsafe structures.

Around 50 firefighters were scrambled to tackle a blaze at the fireworks factory at its height. Starting overnight on Thursday, 31st October, the blaze resulted in the deaths of two people and saw others taken to hospital for their injuries.

The fire, which tore through the SP Fireworks store in Staffordshire just days ahead of Bonfire Night, was brought under control quickly. However, firefighters in full personal protective equipment (PPE) remained at the scene overnight.

Fire crews and emergency services arrived at the site on Tilcon Avenue in Stafford at around 5pm on Thursday evening.

Two people received hospital treatment as a result of the blaze, with two able to be treated at the scene. The deaths were confirmed the following day, after a thorough search of the site was conducted by officials in PPE clothing.

The two people who died in the fire were named as Simon Hillier, 41, and Stewart Staples, 57.

The investigation into the incident is continued by Staffordshire Police.