Fine of £14k for owner of unhygienic food facility 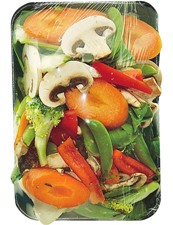 A food factory that produced convenience products was recently closed down due to the filthy conditions, and the owner was hit with a hefty £14,000 fine.

In addition to the above, the premises were also infested with rodents. The owner pleaded guilty to a number of offences in connection with legislation for food safety.

Although the owner had a legal responsibility to register with the council, this had not been done and no systems had been set up to monitor the production of foods on site, to make sure they were fit for consumption.

According to officers from Bexley Council, the conditions posed an imminent threat to health. Lam initially closed the premises on a voluntary basis. However, two weeks later, information indicated that the premises were still being used to prepare food. A warrant was obtained and a visit by officers found the factory open and in operation.

A Hygiene Emergency Prohibition was obtained to close the premises with immediate effect. The owner was ordered to pay £2,000 for costs and a £120 victim surcharge.

Hygiene standards in commercial premises where food is prepared have to be maintained, including the provision of protective workwear and hand-washing facilities.