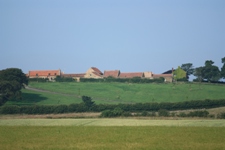 Farmers and rural workers operating with slurry tanks have been warned to ensure that their safety procedures and personal protective equipment (PPE) are in order, after the death of a young boy in Northern Ireland recently.

According to the earliest reports, the boy and his father became overcome with fumes from a slurry tank at a farm in County Antrim. The Health and Safety Executive (HSE) has launched an investigation into the incident.

Slurry tanks have been blamed for a number of incidents in farms in Northern Ireland recently. Used for collecting all waste from livestock throughout the winter, the contents of the tanks can remain in place for many months, building up lethal gases.

Gases that can accumulate in the tanks include ammonia, carbon dioxide and methane, with the most dangerous being hydrogen sulphide.

Reacting to the news, Ian Paisley Jr DUP MP called the news “deeply depressing” and said the tragic acidents remind people of the dangers faced every day by the farming community.

Jim Allister, assembly member for the TUV, was in agreement with Paisley. He said the dangers associated with farming are always present. Speaking further, he said that when deaths occur, they highlight the vulnerability of farming families.

There have been a number of slurry tank accidents resulting in fatalities on farms across Northern Ireland. In September 2012, there was an incident which left rugby star Nevin Spence, his father and his brother dead from the effect of fumes.