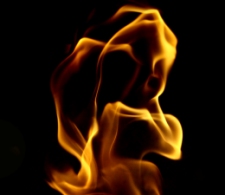 The owners of a domestic property that had just had a new boiler fitted were exposed to a gas leak due to work of a fitter who was not registered with Gas Safe.

Michael Trent Algar, a self-employed gas fitter, had been asked to install a new boiler at the house. Following the installation, the owners of the property had been able to smell gas as they ran a bath for their child. They immediately contacted another gas fitter, who found that Algar had failed to replace the flue. The existing flue had a gap that was allowing gas to leak into the house. The boiler was deemed to be unsafe and was immediately reported to Gas Safe Register.

The Health and Safety Executive (HSE) carried out an investigation, finding that Algar was not Gas Safe registered and never had been. HSE had also provided advice to Algar on a number of previous occasions.

Algar pleaded guilty, at Manchester Magistrates' Court, to three charges of breaching the Gas Safety (Installation and Use) Regulations 1998, and was handed a 14-month custodial sentence.  Lisa Bailey, the inspector for HSE, stated that the owners of the property had been lucky, and that their swift action had prevented devastation. Bailey also added that homeowners should check that any gas fitter attending their home was Gas Safe registered.

In addition to being registered with a professional organisation, self-employed tradespeople should ensure that they comply with health and safety regulations, which includes the use of PPE and other safety equipment.