Fall from roof results in five-figure fine for Birmingham firm 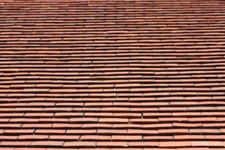 A handyman working for K Charles and Co, based in Erdington, was left in a coma following a fall from the roof he was working on.

Birmingham Magistrates Court heard that Jamieel Ahmed had been carrying out repairs on the roof, when he slipped and fell off it, plummeting 12ft to the ground. Although the worker survived, he sustained serious injuries of a broken leg, arm and knee, a crushed liver, and two fractures of his spine.

Ahmed was hospitalised for three weeks, and was in a coma for one of those weeks. However, he has since recovered and is now back at work. The court was told that Ahmed had previously worked for the family-run company, but left before being employed as a casual handyman.

The accident occurred in April this year, according to Gareth Langston, prosecutor for the Health and Safety Executive. Ahmed had been using a heat gun to seal felt when he slipped. Langston stated that the company should have had scaffolding in place to prevent a fall from the roof, or through the skylight.

The court was told that the owner's son had heard the handyman scream, and found him in the courtyard. Ian Bridge, who was defending the company, said that the business did not accept the worker's version of events, and had disputed the injuries received.

The company was fined £60,000 and had to pay costs of £1,129. In many instances, a company can provide a safe working environment with the use of PPE or other specialist equipment.