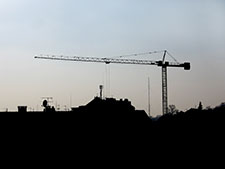 A 27-year-old employee of a Canvey Island, Essex engineering company has suffered lifechanging injuries following an incident in the workplace.

Southend-on-Sea Magistrates' Court was informed that the worker had been constructing reinforcing cages made of steel, which were being transported overhead by travelling cranes. Felix Trefas, a welder at F Brazil Reinforcements Ltd, was asked to climb up the crane support to reset the controls, when one of the machines broke down. The incident occurred in June 2015, when Trefas climbed more than an estimated height of six feet to reach the controls. As Trefas was in the process of resetting the crane, another overhead crane came into contact with his leg, crushing it. His leg was later amputated from below the knee.

The District Judge was informed that resetting of the overhead cranes was a regular occurrence, as they were badly maintained by the firm. When this occurred during a night shift, a worker would have to climb up the crane supports to reset the machines. The incident was summed up by the judge as a “horrific accident [that] should never have happened”, who added that safe work systems should have been in place.

The investigation also discovered that the workers had no clean welfare facilities, which the firm had previously been warned of. The company was fined £277,000 and £5,000, plus ordered to pay costs of £11,904 and a victim surcharge of £120.

Sue Matthews, the Health and Safety Executive inspector, stated that safe systems of work needed to be in place. This may include the use of specialist workwear where necessary.