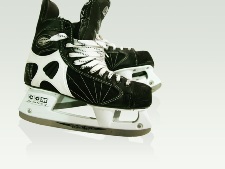 East Staffordshire Borough Council has prosecuted the owner of an ice rink in Uttoxeter, deeming that the firm had put workers at risk of injury.

PI (Uttoxeter) Ltd pleaded guilty to breaching section two of the Health and Safety at Work Act and was fined £12,000 and ordered to pay costs of £4,000. The fine was reduced from the original amount of £18,000 as the company pleaded guilty. The company owned the i-Skate rink in the Staffordshire town.

The action has been taken due to an accident that occurred in March 2014. An employee had been using machinery to resurface the ice, but was injured while operating it. The police immediately notified East Staffordshire Borough Council, which sent officers to investigate the incident.

Officers discovered that equipment had not been maintained sufficiently, employees had not received adequate training and very few safe systems of work had been integrated into the company procedures. The machinery was immediately stopped until it could be repaired and an improvement notice had been issued, directing that the workforce receives suitable training. The deputy leader for regulatory services, Councillor Jacqui Jones, said that she wanted the prosecution to act as a deterrent for other companies who do not meet the requirements for Health and Safety.

Jones added that the environmental health team works in conjunction with companies in the local area to ensure the safety of all employees. To maintain safety in the workplace, employees may require specialist workwear or PPE to remain safe.