Eire among the worst for workplace deaths 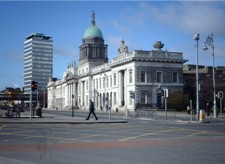 According to a recent study, Ireland has one of the worst records for fatal accidents in the work place.

In 2014 such deaths in Ireland rose to 55, with five of those being children.

The figures represent an increase of 17 per cent on the 2013 figure of 47 deaths, according to the Health and Safety Authority.

Most deaths happened in Cork, with nine people there being involved in fatal accidents. Eight people died at work in Dublin, while seven workplace accidents proved to be fatal in Tipperary. Donegal had six deaths occurring in the workplace.

The study reveals that the family farm is the most dangerous place to work, and has been for the last five years. In 2014, 30 deaths occurred while working on a family farm – an increase on the 2013 figure of 16. In some industries the accidental death figure dropped, including the number of fatalities in the construction industry, and also in the fishing, transportation, and storage sectors.

The annual number of workplace deaths is just above the European average in Ireland, with around four people out of every 100,000 in 2012 being involved in a workplace fatality. The average in Europe is just over 2.5 per 100,000.

The country with the highest number of deaths at work in 2012 was Malta. Health and safety regulations are necessary to reduce the number of accidents – non-fatal and fatal – at work. PPE is one of the requirements for employees working with dangerous chemicals and hazardous substances, and in various other high-risk environments.