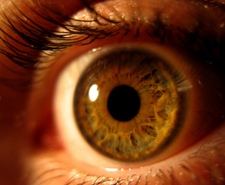 A recycling firm in Edinburgh has been hit with a fine after an accident left a worker wearing no safety goggles blinded in one eye.

Airdrie Sheriff Court was told by the Health and Safety Executive (HSE) that Viridor Enviroscot employee Declan Shipcott, 20, was helping to clear a blockage to a baler machine when the incident happened.

The machine had a wire tie mechanism used for binding bales of waste, which had become blocked, preventing the wire from strapping the bales.

Having worked without success to release the blockage, Shipcott found the wire in the recoil box to be knotted and unable to be untied.

He subsequently cut the wire, causing a piece of it to flick up and strike him in the eyes and face.

As he was not wearing personal protective equipment (PPE) such as safety goggles over his eyes or face, the incident left him severely injured. Emergency surgery and subsequent follow-up operations failed to save the eye.

Despite the surgery repairing a corneal cut, removing the damaged lens and reattaching his retina, Slipcott has been told he will not regain the vision in his left eye.

The HSE investigation found that a risk assessment for wire replacement was in place, but there was no reference to wire cutting – in spite of the fact that cutting tools were to be found near the equipment.

The court was also told how no safe system for related work was in place, while the firm had failed in its duties to provide PPE such as safety glasses or goggles. Since reviewing its processes, staff are now mandated to wear a full face visor when working with the baler.

After pleading guilty to the charges, Viridor Enviroscot received a fine of £165,000.