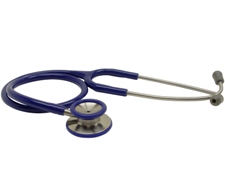 Healthcare professionals dealing with the Ebola outbreak are trying out a new way to give face-to-face, personable treatment to patients without compromising on the required safety equipment.

Following an idea from a Californian artist, some medics are now wearing pictures of their faces on the chest section of their person protective equipment (PPE) in an attempt to appear more human.

Mary Beth Heffernan of Los Angeles came up with the idea, named ‘the PPE Portrait Project’, after seeing images of the workers wearing the necessary gear to treat Ebola patients safety, including the distinctive yellow Tychem C suit, and feeling that the suits looked “completely menacing”. She then pictured herself in the position of being treated by the PPE-clad medics and the difficulty of potentially going several weeks without seeing a human face.

Speaking to National Public Radio (NPR) in the U.S., she described her idea to add faces to the medical workwear as “almost stupidly simple”, and initially faced challenges getting health workers in West Africa on board with the concept. Eventually, Moses Massaquoi, who heads the Ebola fight in Liberia, expressed interest in Heffernan’s idea. The artist then travelled to Liberia with her supplies and began trialling the PPE Portrait Project.

Heffernan’s efforts have been warmly received by an infection control manager in the West African country, Jennifer Giovanni, who described the benefits to workers as well as patients. She added that the pictures are a reminder that they are working alongside fellow human beings.