EU aiming to bite back at the bedbugs 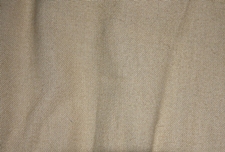 A new European Union (EU) initiative is targeting bedbugs and ticks, with sought after developments in protective materials key to its success.

The new EU project, which is hoping to tackle the growing numbers of biting creatures living in homes and businesses, is effectively behind the design of a new material. With natural sourcing key, the material will be impregnated with biocide to provide protection.

Over the last couple of decades, bedbugs, ticks and other similar creatures have seen their numbers rise to bloom levels in some areas. The growth is largely a result of increasing migration, travel, and a growing resistance to common insecticides by the bugs.

The EU is also eager to tackle the issue as there are strong links to blooms with changing weather patterns.

A double fronted attack, the BETITEX project will look at both the consumer market and the commercial arena.

For the consumer, the materials will be used in the construction of bed linen, upholstery and other soft furnishings.

For the commercial market, the materials will be integrated into personal protective equipment (PPE), with the SME sector being targeted in particular.

With a number of ticks carrying diseases harmful to humans, a key part of the project is to ascertain how increased protection can be provided in line with EU-directives on biocides. A series of lab and field tests intends to produce a solution.

When launched in 2016, the BETITEX group also hopes its advances will fuel growth in the green textile industry.