Djokovic sponsor to ensure PPE for workersPosted on 22/01/2015 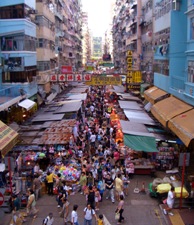 Fast Retailing Co. has said it will drive improvements in working conditions at the Chinese factories making its products, after they were criticised in a report.

The firm, which makes Uniqlo clothing and is Asia's biggest clothes retailer, has revealed it will take steps following the results of its own investigation.

The company launched the inquiry after a report published by Students and Scholars Against Corporate Misbehaviour (SACOM). The Hong Kong-based campaign group revealed a number of abuses taking place at the two sites.

A statement from Fast Retailing said that both Dongguan Tomwell Garment Co. and Pacific Textiles Ltd., owners of the factories, needed to “take steps”.

The statement went on to say that as well as eliminating fines handed out to workers and increasing staff holiday entitlement, health and safety concerns need to be addressed.

Most particularly, it was revealed that there is requirement for personal protective equipment (PPE) to be worn and for air quality to be monitored.

To ensure improvements were seen, the Japanese clothing firm also said it will partner with external groups to monitor working conditions. However, an analyst for JPMorgan in Japan, Dairo Murata, said it would be a challenge:

“There’s room for Uniqlo to improve working conditions at the factories in China, but it’s hard to control them well.”

Murata went on to say that poor working conditions were rife throughout the clothing manufacturing industry.

One of the highest profile Asian clothing labels on the world stage, Uniqlo is the lead sponsor of world number one men's tennis player Novak Djokovic.