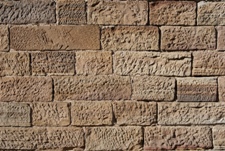 A manager of a failed masonry company has been handed a 10-month suspended prison sentence after being found guilty of risking the health of his employees.

Ghausal Islam, who was a director at Redmist International Ltd, was found to have placed his staff at an unnecessary risk from stone dust. For at least six months, from January to June 2013, a Health and Safety Executive (HSE) investigation discovered that the extraction system being used was not fit for purpose.

The investigation also found that it had not been tested to ascertain its adequacy, despite stone dust being common as a result of cutting, grinding and polishing work.

Stone dust represents a serious risk to health if the right equipment is not used or the correct workwear worn. If levels are high or a dust mask is not used, for example, it can cause occupational asthma and chronic obstructive pulmonary disease. In some cases, it has also been the cause of lung cancer.

Despite the HSE findings, the company failed to respond to two Improvement Notices being issued. Southwark Crown Court was subsequently told that Islam had failed in his legal duty to protect his staff and that the HSE intervention had been ignored.

The court found Islam guilty, sentencing him to a two-year suspended 10 months in prison and ordering him to pay the £9,000 court costs.

The judge said that Redmist International would have received a £50,000 fine for the failings had it not collapsed in the intervening period.

No longer trading, the firm is now the subject of a winding up order.