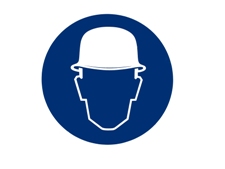 Zion Tropical Foods Limited of Erith has recently been issued with a fine following an investigation by the environmental health department of the council.

Ruta Svagsdiene, environmental health officer for Bexley Council, visited the premises of the company at Pier Road and found that frozen meat was being cut by a young worker using a defective band saw. A spokesperson for the council said they were pleased that the prompt actions of the officer had prevented a potentially serious accident taking place.

The director of the firm, Godswill Kuranga, entered a guilty plea to four charges on behalf of the company, at the hearing at Bexley Magistrates' Court, and was fined £7,760. The four charges, a breach of health and safety legislation, involved not having risk assessments in place, an inadequate system of work, and the protection and training of young workers. One charge attracted a fine of £2,000, while the other three charges received £1,000 each. A victim surcharge was imposed of £170, while costs of £2,500 were also ordered to be paid.

Following the visit from the council, the company repaired the band saw. The workforce had also been reduced, which left just Mr and Mrs Kuranga working at the premises. The court added that no excuses were acceptable for the circumstances at the company at the time of the council inspection. The court added that the changes had only been put in place due to the action of the inspector. All companies must put in place a safe system of work, training and protect workers from harm, which often involves the use of PPE.