Death of worker blamed on safety break down 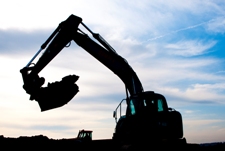 The director of an animal feed company states that the death of an employee could be attributed to the failure of a safety system, where there had been a lack of communication.

One of the drivers for Protein Feeds Ltd, Neville Bloss, lost his life following an incident involving a JCB. The director of the company, which is based in Darsham Suffolk, had been driving the JCB at the time, while Bloss was collecting animal feed samples. According to the director, Adrian Hermann, he had been in the shed working on the day of the accident. He then went to collect paperwork from the office and when he returned, he found Bloss. Hermann did everything he could to help Bloss, believing at that time that natural causes were to blame. Despite his efforts, Bloss died of crush injuries on 19th December 2011.

The company has been charged with a breach of the health and safety regulations, as it failed to maintain the safety of its employees. The director was also charged with perverting the course of justice, as he allegedly attempted to conceal substandard working practices with false documentation. Whilst giving evidence at Norwich Crown Court, Hermann said that Bloss was an experienced employee and shouldn't have entered the shed whilst the JCB was being driven, without informing Hermann. According to Hermann, the company had a “very well tried out system".

Employers have a duty of care to employees which must be reviewed on a regular basis, including the use of PPE and the issue of specialist workwear.