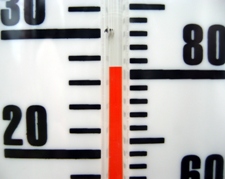 The Met Office has issued a 'level two' heat warning for the UK, with temperature set to rise above 90F in some parts of the country.

According to forecasters at the weather office, the temperatures could feel a lot higher too. The country will also experience very humid conditions, making temperatures feel closer to 100F.

With people being urged to make sure that elderly family, friends and neighbours are okay in the heat, an industry magazine has also issued timely advice for construction workers.

As the temperature rises, it can be easy for those in the construction sector to get very hot and remove their personal protective equipment (PPE). Gloves, goggles and even hard hats are often removed, for example, as people become sweaty and uncomfortable.

However, even taking the safety workwear off for a second or two can result in tragedy. No matter how hard it is to instruct workers to keep their kit on in the sun, managers and foremen must do exactly that.

The warning to construction firms to ensure their workers are safe at all times was featured in Equipment World. It also gave further advice to firms to help combat the heat over the next few days.

It suggested establishing mandatory drinking breaks, similar to those used in the World Cup in Brazil over the last month. These breaks, in safe, secure and air-conditioned areas, should also give workers the chance to strip and cool for a while.

With the heat alert in place now and running through the weekend, the advice also urged firms to invest in items such as anti-fogging goggles and ventilated hard hats and gloves.