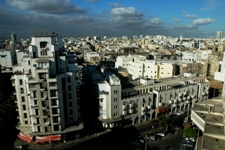 Over the last few decades, the growing problem of e-waste treatment in Africa has dominated much environmental news reporting. However, a new initiative started at the end of February promises to address the situation which left one landfill site more treacherous than Chernobyl.

Computer Aid has joined up with the Waste Electrical and Electronic Equipment (WEEE) Centre in Kenya to boost an initiative started in December 2013.

At the end of last year, the East African Compliant Recycling (EACR) was fully launched. A drive to raise awareness and capacity for responsible recycling across Africa, it built on work started by global electronic firms working in the region.

The EACR is now growing from its Mombasa and Nairobi bases where, for the last three years, Hewlett Packard and Irish NGO Camara have helped develop safer WEEE recycling practices.

With illegal trade in WEEE items high on the continent, many dumps throughout Africa have alarming toxicity levels.

Following a BBC investigation which found that the Agbobloshie WEEE dump in Ghana posed the highest toxic threat to human life, above even Chernobyl, a partnership was created. The Education Partnerships Africa Project is aiming to lift capacity and skills, as well as provide training and ensure access to the right personal protective equipment (PPE).

In a move that will complement the partnership, Computer Aid's tie up with the WEEE Centre will provide further training and boost the development and growth of WEEE recycling facilities across the whole of the continent.