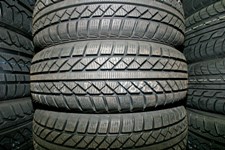 The owner and sole director of Cartwright Projects Ltd in Ashford, received a suspended prison sentence after an employee was injured in a horrific accident.

Mark Anton Arabaje, the director of the company, had removed a safety guard from a tyre shredding machine, just weeks before the accident took place involving Nathan Johnson, one of Arabaje’s employees.

Johnson was feeding tyres into the machine to be shredded, when one of the tyres failed to be gripped by the metal teeth. As he fed the remainder of the tyre into the shredder, the sleeve of his jacket became caught and his arm was dragged in. Hearing the worker's screams, Arabaje ran over and switched off the machine.

As a result of his injuries, Johnson has lost his right forearm, which has had to have a bolt inserted into the elbow so it remains intact. The Health and Safety Executive (HSE) prosecuted Arabaje, as he had removed the safety guard, leaving the metal teeth of the machine open to easy access.

According to the HSE the injuries would have been far worse if he had been working alone, as no emergency switches were within reach. Cartwright Projects Ltd is now dissolved following the incident in 2013, narrowly avoiding prosecution by HSE. In addition to a suspended fourth month prison sentence, Arabaje has had an electronic tag fitted and must remain at his home between 8pm and 6am during that time. Compensation of £5,000 is to be paid to Johnson.

All health and safety procedures must be followed to ensure the reduction of personal injury, including wearing PPE (personal protective equipment) and specially designed workwear.