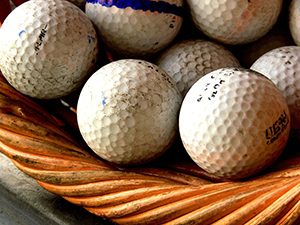 The owner of South Wales-based Boss Golf Balls has been handed a prison sentence following the death of his friend while diving for golf balls.

Dale Pike had paid his childhood pal £40 per day to collect lost golf balls from the lake at Peterstone golf club, located between Newport and Cardiff, rather than pay for a professional diving team, which would have cost £1,250 a day. Despite having his arm in plaster, Pike had supervised his friend, Gareth Pugh, 29, while he dove in the 2.4m deep lake.

Cardiff Crown Court was informed that Pike had been unable to supervise correctly due to the plaster on his arm, and had ignored all health and safety rules. Additionally, Pike was not trained to dive himself, neither commercially or recreationally, nor to supervise anyone else who was diving.

Pike paid 10p for each golf ball he collected before selling them online, making up to £30.99 for a pack of 20 golf balls. Pugh worked on a casual basis for Pike, earning £40 a day for the collection of golf balls. In February 2016, Pugh was using diving equipment for the first time, but became separated from the face mask at the bottom of the lake and drowned.

Pike was sentenced to 32 months after pleading guilty to a manslaughter charge.

All companies are responsible for employees, including training, adequate supervision and the use of PPE to maintain safety at work at all times.