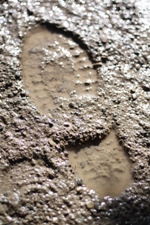 A metal company in Bedfordshire has been fined following an incident which resulted in an agency worker’s foot needing to be amputated.

Luton Magistrates' Court was told how the worker, Luke Simpson, 24, had been injured while transporting a load of steel bars on a trolley, along with a colleague. The load, weighing around 900kg, was being moved by Simpson and another worker, using a trolley that had originally been purchased to be used as a “workstation”. The trolley tipped over, trapping Simpson’s foot and leg. Emergency services rushed him to the hospital, where doctors tried to save his badly crushed foot, but most of it had to be amputated. The worker now uses a prosthetic foot.

Simpson has been able to return to work, following a lengthy absence, but is only able to work on a part-time basis. An investigation conducted by the Health and Safety Executive (HSE) discovered that the trolleys had been used at Smiths Metal Centres Ltd for 20 years without incident. However, no written system of work had been created for use of the trolleys, and a risk assessment had not been carried out prior to use. Also, the safe working load should not have exceeded 500kg, according to HSE, which was a little over half the 900kg being transported.

The use of PPE, safety workwear, risk assessments and training are among those procedures that should be adopted by all companies and organisations to avoid serious injury, which can be life changing for a worker.