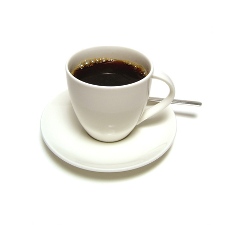 Major coffee shop chain Caffè Nero has been cleared of four breaches of the regulations for food hygiene.

The decision was a response to a 2014 incident in which a customer, who had eaten a panini for lunch at the coffee shop, became ill after a piece of wire became lodged in her throat.

Three days after the incident, Katherine Willans, 34, had surgery to remove the inch-long wire, which had become embedded in her throat. In early August, 2014, she went to hospital to have the wire removed.

The wire had come from a brush that staff had brought onto the premises to clean the grill, believing it to be more efficient. However, Wimbledon Magistrates' Court heard that training procedures had been delivered, so that staff knew that using the brush was against company policy.

Employees at the Putney branch had taken in the brush and used it despite knowing it was against the rules, with the store manager also having used it. The trial lasted three days, where members of staff admitted they had not followed health and safety procedures.

The prosecution was not happy with the outcome of the trial, stating that further procedures should have been in place to ensure staff followed the training guidance. Jonathan Goulding, speaking for Caffè Nero, stated that using the wire brush had been a deliberate act by an employee and went against company training procedures.

All employers must ensure that their workforce follows procedures to prevent illness or injury to either staff or members of the public, which may include the use of PPE.