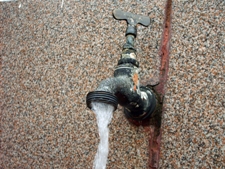 A building company based in Lancashire has been found guilty of not providing basic facilities to its workers.

The firm, Two Brooks Valley Limited, was taken to court by the Health and Safety Executive (HSE) following a site inspection. The visit, in October last year, found that workers on the supermarket building site were left without shelter and denied hot water for three weeks.

The workers were also not able to dry their workwear or heat food. The HSE Inspector on the case, Allen Shute, said after the firm pleaded guilty to the charges:

“The four builders were expected to work in cold and wet conditions for nearly three weeks without basic welfare facilities.

“The company should have made sure suitable facilities, such as a cabin and access to hot water, were on the site before it allowed the building work to start.”

Explaining how the lack of facilities was below the minimum standards required, Shute said it was a situation which could not be tolerated in the 21st Century. Shute went on to explain that the lack of adequate facilities would have continued without HSE intervention.

Hearing the case on 26th March, Blackpool Magistrates Court was told how the construction site workers only had access to an external cold water tap and chemical toilet.

After pleading guilty to the charge of breaching 2007 Construction Regulations, the firm was handed down a fine of £650. The court also ordered the company to pay the Health and Safety Executive's £1,050 prosecution costs for the case.