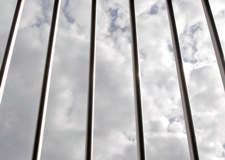 Two brothers from Stoke-on-Trent have been imprisoned after they exposed their workers to asbestos.

Akram and Inam Hussain were handed the prison sentences after a Health and Safety Executive investigation discovered that the brothers – both of whom were considered to have negligible building experience or knowledge of the construction industry – caused at least seven workers to become exposed to the cancer-causing material.

Stafford Crown Court heard that neither brother was qualified in construction, renovation or demolition. With no experience in the field either, they were both found to be unqualified to handle the removal of asbestos.

Akram Hussain works as a snooker hall manager, while Inam Hussain is employed as a taxi driver.

Despite not having the right surveys or certification and numerous enforcements being issued by the HSE, the brothers continued to work in the refurbishment of an old print works. This included damaging asbestos which, working without personal protective equipment (PPE), put the workers at risk.

A number of lorry loads with contaminated waste also left the premises, dumping their loads at a waste disposal site unlicensed for asbestos removal and destruction.

Both men pleaded guilty to breaching health and safety regulations, with Akram Hussain handed a term of 22 weeks and Inam sent down for 14 weeks. Akram Hussein was also ordered to pay £43,000 in prosecution costs.

Claiming that the Hussains had been wilfully disregardful, HSE inspector Lindsey Hope said after the verdict:

“Our investigation uncovered a catalogue of serious errors, safety failings and a disregard of the laws around the safe and correct removal of asbestos.”

Ms Hope continued saying that it is essential for building refurbishment works only to be carried out after a specialist asbestos survey.