British rescue team to help with recovery mission in Nepal 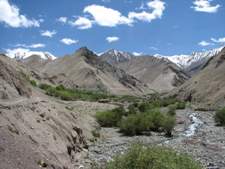 Serve On International Rescue recently set off for Nepal, the site of the disaster caused by a major earthquake.

The Wiltshire-based rescue organisation set off on a flight after members paid a visit to their headquarters in Salisbury on Sunday, 26th April.

All eight of the experienced volunteers have other occupations, including fire fighters and engineers, which they are taking time away from to travel to the site of the Nepali earthquake, where they will assist with the rescue mission. A number of the rescuers have taken part in missions before, including in Pakistan, Peru, Indonesia, and Haiti. A couple of people on the team have also just completed a rigorous two-year training course, before setting off on the mission.

Only five months ago, two members of Serve On International Rescue had been in Kathmandu taking part in a conference, which was held to look at reducing risks during a disaster. The members reportedly forged strong links with other rescue team members in Nepal while at the summit.

To enable the team to cope without external assistance while serving the rescue mission, a range of equipment is being taken along. This includes technical devices, personal protective equipment (PPE) and water filtration tools. Serve On relies on donations from members of the public to be able to continue with its life-saving work. This goes towards PPE and other equipment that is crucial to keeping the rescue team safe and free from injury, just as it does within standard workplaces.