Breach of manual handling regulations leads to back injuries 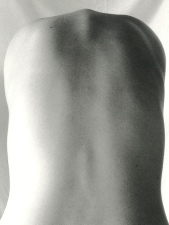 A manufacturer of engine components for Jaguar Land Rover and Audi cars has recently been fined following the injuries of six workers while lifting heavy parts manually.

Birmingham Crown Court was informed that reports had been passed to the Health and Safety Executive (HSE) of six employees who had injured their backs at work and been absent for more than seven days. The incidents occurred at MAHLE Powertrain Ltd, between November 2013 and January 2015.

One of the injured workers had spent seven days in hospital, and had been off work for nine weeks, following a back injury caused by manually lifting car components. Other employees of the company had also suffered back injuries, but to be reported to HSE, the worker must be absent for at least seven days.

The company was fined £183,340, along with costs of £21,277. Elizabeth Hornsby, an HSE inspector, said that companies needed to realize that the manual handling process is high risk, and that companies should focus on health issues in addition to safety. In many cases, it requires simple measures like training or the use of PPE.