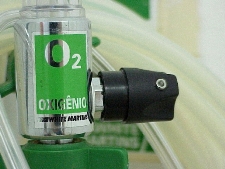 A childminder and the children she was caring for were placed in danger due to a risk of carbon monoxide poisoning, an investigation found.

A structure had been constructed by Northamptonshire-based Plastic and Wood Specialists Ltd, a building firm, around a boiler flue outlet, which the childminder had used as a shelter when young children and babies were asleep. However, a carbon monoxide detector was triggered in the home, and the gas was disconnected by National Grid.

An investigation was conducted by the Health and Safety Executive, finding that the structure should not have been obstructing the boiler flue outlet. Prior to the structure being completed, the flue needed to be extended. According to the investigation, a build-up of carbon monoxide in the structure when children were asleep could have resulted in multiple deaths.

Northampton Magistrates' Court heard that the structure had made the gas boiler flue unsafe, as it had had an impact on the safety of the system. Plastic and Wood Specialists Ltd received a fine of £40,000 and was charged with costs of £1,419.10. Alan John Wager, the director of the firm, was sentenced to 26 weeks in prison, suspended for 12 months, and had to pay costs of £1,419.10.

Jenna McDade, health and safety inspector, said that it was crucial that builders are aware of risks prior to undertaking work, even if they are not registered gas fitters. Companies have a duty of care to their employees and members of the public to keep them safe from harm, which in some cases may also mean providing them with specialist workwear.