Best safety workwear up for awards 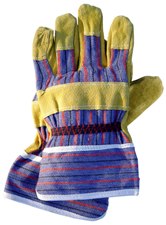 The importance of PPE (person protective equipment) will be recognised at this year's Professional Clothing Show, with some of the latest innovations in the industry possibly being awarded.

At this year's show, which will be held at the NEC in the Spring, the Professional Clothing Awards 2014 will celebrate notable achievements. From day-to-day workwear and PPE, to more standard corporate wear, the industry will highlight the best apparel that is available.

Though announced through the course of the show at the Birmingham exhibition space, the awards themselves will be handed out in a far more glamorous affair.

With the show starting during the day on April 1st, the Tuesday evening will see the industry come together at the NEC Metropole for a gala dinner. There will also be a dance, whilst the host for the evening's event will be Ruth Morris, the Uniform Manager for the next Rugby World Cup.

Hot on the heels of her success at the London 2012 Olympics, where Ruth was responsible for kitting out the Game Makers in their distinctive purple outfits, she will take charge of the uniforms for over 6,000 workers.

Taking place next year, a total of 20 teams will converge on England to battle it out for the top honour in the Union code.

With thousands of fans from across the world supporting their country, the uniforms will be key to helping people find their way around the stadiums and transport network.

The 2015 Rugby World Cup gets under way in September next year, running through to the end of October.