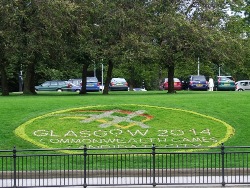 After the colossal success that was the London 2012 Olympics, the next big event to hit the UK is the 2014 Commonwealth Games in Glasgow. And just like in London, the games have required a huge investment in many construction projects to house both the athletes and the events themselves.

One of the largest construction projects was the building of the athlete’s village, where the competitors will eat, sleep and relax. Situated on a 35-hectare site in the east end of the city, the complex will be a temporary home to 8,000 competitors, coaches and officials.

As well as accommodation, the project will include dining facilities, recreation areas and more. Just like in London, once the games are over, the site will be turned into a further 1,400 affordable homes for the city. This will hopefully form a major part of the regeneration of the east end, just as the Olympics did in the east end of London.

The Emirates Arena has been constructed here in Parkhead, opposite Celtic Park, and will be home to the cycling events as well as badminton. Glasgow Green will host the cycling time trial events and a new hockey stadium is being built there too, to be the future home of the Glasgow National Hockey Centre.

The Tollcross Park Aquatics Centre is already home to one Olympic size swimming pool but will be extensively upgraded for the games. Permanent seating capacity will be increased by 1,000 with a further 5,000 temporary seats being added during the competition.

Much of the west end cluster is already completed but a number of the venues will be upgraded and improved to host competition. The Scottish exhibition Centre will be adapted to host wrestling, judo and boxing. Kelvingrove Park will play host to the bowls and the Scotstoun Leisure Centre will host the table tennis and squash.

A number of other venues, including Ibrox stadium and Strathclyde Country Park will be used for events as diverse as shooting and rugby.

As well as all the venues, vast improvement will be made to the city’s travel infrastructure, and the whole cost of the games is estimated to be around £523.6m. So, as you can see, this is a fairly large project by anyone’s standards.

It has required the construction of three completely new facilities and the renovation of many more. It has therefore provided many jobs in the local area and seen large-scale investment in the Glasgow area.

Thousands of local workers have been part of the project and with much work still to do after the games has finished to further adapt venues for continued use, the legacy of the games is sure to last for decades to come.