Posted by Chris Broughton
on 31 January 2014 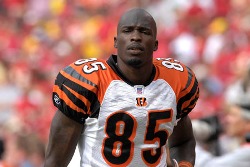 There has always been friendly rivalry between the British and Americans and one thing guaranteed to cause a heated debate between the two is which is tougher; American football or rugby?

Both high contact sports, played by men considered to be the biggest and bravest of the sporting world, players are willing to be ruthless in order to be crowned victorious.

Despite the similarities there is one obvious difference. American football players wear the distinctive protective equipment and rugby players sport nothing more than a gum shield or a leather scrum cap, obviously not providing the same level of protection.

This is an argument which will go on and on, but let’s look at why protective equipment might be required for one and not the other.