Posted by alona zakharchenko
on 20 June 2019 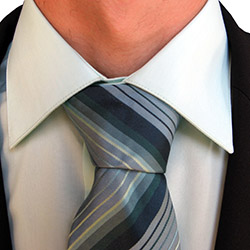 An explosion on the set of the new James Bond film at Pinewood Studios has halted production whilst a Health and Safety Executive (HSE) investigation is being carried out.

A controlled explosion powered by gas was part of the special effects on the film, but it was thought that too much gas was used, resulting in an explosion that caused thousands of pounds’ worth of damage to the set and saw a crew member sustained minor injuries.

Star Daniel Craig was not on the set at the time but visited the set soon afterwards, joking about being blown up next time he filmed on the set. He has already injured an ankle when filming 007 stunts on set in Jamaica.

The HSE has strict guidelines about health and safety in film, television and theatre productions. Though many stunts use computer-generated effects, some films such as the James Bond series still perform many dangerous stunts live. Crew members may wear PPE (personal protective equipment), but since actors would look out of place in hard hats and protective gloves during explosions, they rely on the expertise of the stunt arrangers to make sure that they are not in danger.

Despite this, accidents are not unheard of. In 2017, Tom Cruise was injured while performing a stunt during the filming of Mission Impossible 6.

The Joint Advisory Committee for Entertainment (JACE) meets twice a year. Chaired by the HSE, these meetings aim to raise standards of health and safety in the entertainment industry.