Posted by alona zakharchenko
on 6 June 2019 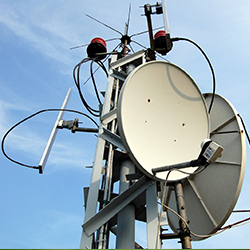 The next generation of mobile phone technology known as 5G has been introduced in selected UK regions, having been declared safe by the UK government.

A 29,000-signature parliamentary petition request for an inquiry by an independent body into the health and safety risks of 5G has been turned down by the government, which says that there is constant monitoring and reviews into whether electromagnetic radiation can harm people.

The electromagnetic spectrum includes the natural light we all see, as well as infra-red and ultraviolet that cannot be seen with the naked eye. Mobile phones use low-frequency electromagnetic radiation with 5G operating at 22Ghz to 86Ghz. Unlike harmful atomic radiation, radiation at low frequencies is non-ionising and safe for humans.

Some people claim that the radiation of 5G frequencies is harmful to the human body, though there is no scientific research that supports these claims. When radio waves hit the human body they are absorbed and turn into harmless energy. They are capable of raising the temperature of the body, but only by minute amounts that are not felt.

The NHS says: "Large reviews of published research have concluded that overall the evidence does not suggest that radio waves from mobile phones cause health problems."

Many businesses will use the new 5G services, and monitoring sensors in factories and construction plants may connect to a network via 5G frequencies. All the evidence says that there is no need to wear protective workwear or shields to guard workers from 5G radio waves.