Posted by alona zakharchenko
on 22 February 2019 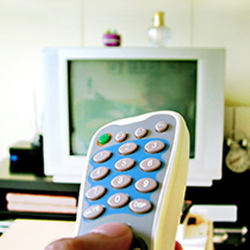 The Health and Safety Executive (HSE) has regulations and guidance for TV and film program makers, but two recent TV programmes have raised questions about how well these are being followed on screen.

In mid-January, cook Clodagh McKenna appeared on the Channel 4 programme ‘Sunday Brunch’ and was criticised by some viewers for her standards of cleanliness. Her loose clothing appeared to go in the food, prompting one viewer to suggest that she should wear proper chef’s workwear. She was also accused of licking her fingers and preparing food without washing her hands.

Also, Channel 5 programme ‘Our Yorkshire Farm’, which was broadcast in December, attracted viewers’ criticism about the behaviour of the nine children who lived on a farm. They were spotted riding quad bikes with no protective helmets and crowding onto single-person bikes. The children also rode on trailers with no guardrails.

“It’s really disappointing as a union work so hard to raise awareness about health and safety in the most dangerous industry in the economy – and then to see such risks and violations popularised on a TV show.”

Some critics said that the programme made it look like a farm was a children’s playground and that this was a bad example for young viewers.

Programme makers follow strict safety procedures behind the cameras, but what appears on the screens does not always portray correct practices. These complaints show that programme-makers should remember health and safety practices both on and off camera.