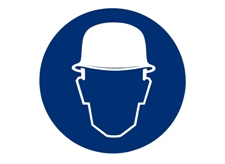 The Health and Safety Executive (HSE) has released the latest figures for 2015-16, revealing the number of workers who have suffered from a work-related illness stands at 1.3 million.

The organisation utilises the statistics from a number of sources, which includes RIDDOR reporting, HSE enforcement data and death certificates to compile information about injuries and illnesses. According to the 2015-16 report, nonfatal workplace injuries and work-related illness resulted in 30.4 million working days being lost. In 2014-15, the monetary cost was £14.1bn, which does not include the cost of long-term illness, like cancer. Workplace injury during 2014-15 cost £4.8bn.

Since 2011-12, the number of self-reported ill health issues that are related to work have levelled out. Self-reported issues relating to anxiety, depression and stress have also remained flat for more than 10 years.

The data indicates that occupational health requires a variety of new approaches to tackle the issues. Although the number of fatal injuries has declined in the long term, the numbers have remained steady. Most fatal injuries result from working at height, while the next biggest cause is being hit by moving vehicles.

In comparison to other European economies, the UK has the second highest number of work-related health problems and injuries that result in sick leave. Health and safety legislation should be complied with at all times to ensure that workers stay safe and well at work, which may include the use of specialist workwear and PPE.